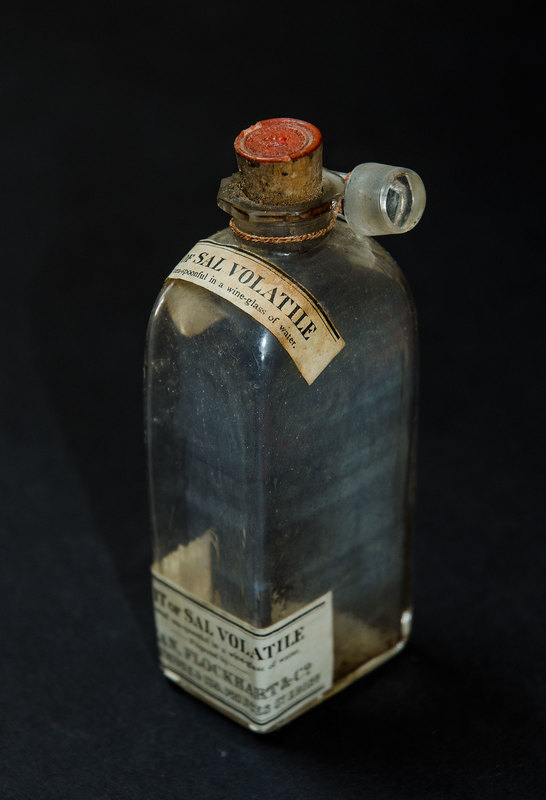 Spirit of Sal Volatile, prepared by Duncan, Flockhart & Co. Sal Volatile (volatile salts, smelling salts) is a mixture of ammonium carbonate and ammonia water. Spirit of Sal Volatile was a liquid ammonia solution, prescribed as an antispasmodic, stimulant and restorative. Although smelling salts were most frequently used to revive patients who had fainted, the liquid form was used to treat a variety of illnesses including fever, diarrhoea, fainting and coughs. Sal Volatile was a very common remedy throughout the Victorian period and has been found in many historical first aid kits. Today, smelling salts such as Sal Volatile are commonly used by athletes as a form of stimulant, although they have been banned from most boxing matches as stimulants may obscure the patients’ need for proper medical examination.

Directions for use: From twenty drops to one teaspoon in a wine-glass of water.