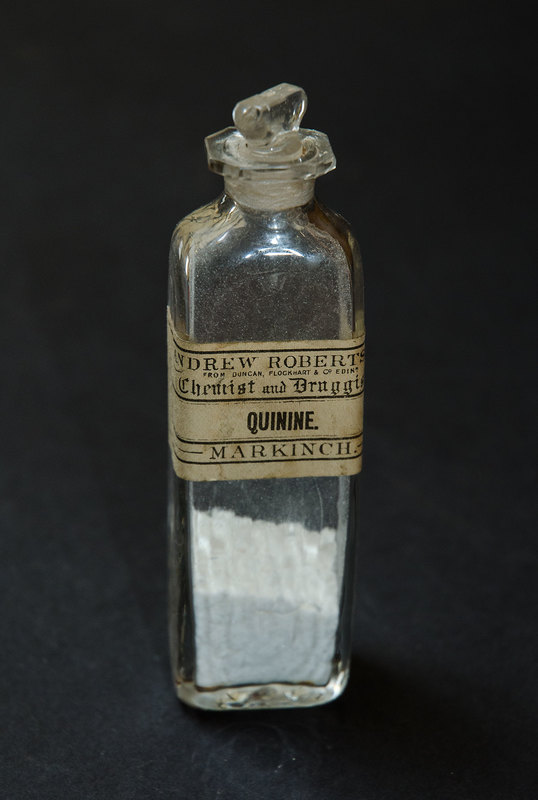 Quinine, sold by Andrew Robertson, Chemist and Druggist, Markinch; supplied by Duncan, Flockhart & Co., Edinburgh. Quinine is a powdered form of cinchona bark which can be administered orally or intravenously. Its use as a treatment for and vaccine against malaria was discovered by Scottish physician George Cleghorn (1716-1789), who is credited with having eradicated malaria from Europe. Although useless in such small quantities against malaria, quinine was mixed with tonic water in British India and the bitter taste prompted colonials to mix it with gin, creating the Gin and Tonic.

Since 2006, quinine is no longer recommended as a malaria treatment but is still prescribed for lupus and arthritis. During the twentieth century quinine was also recommended for leg cramps or restless legs, but due to frequent occurrences of life-threatening side effects, it is no longer prescribed.