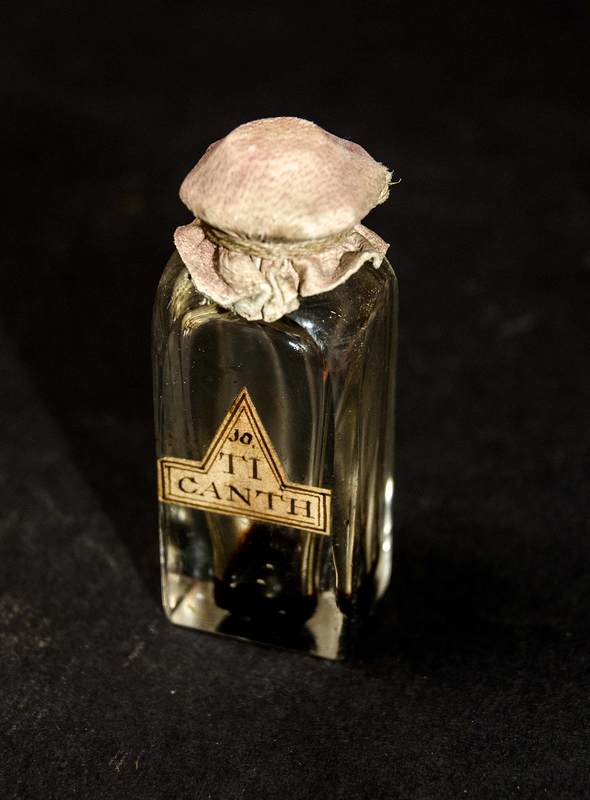 Tincture of Cantharides, labelled by Sir Stuart Threipland in his medicine chest as ‘Ti Canth’.

Cantharidin (Cantharides, Cantharis, Cantharid) refers to substances produced by the Lytta (formerly Cantharis) Vesicatoria beetle (Spanish Fly; Blister Beetles). Both secretions by the male beetles and powder created from dried beetle shells can be used in the production of medicines. Both the liquid and powder are strong blistering agents and can be applied externally to cause skin irritation and raise blisters. When diluted, cantharidin can be used to treat skin conditions such as warts. Ingested, cantharidin is highly poisonous but was nevertheless used as an ingredient in many aphrodisiacs from ancient times until the eighteenth century.