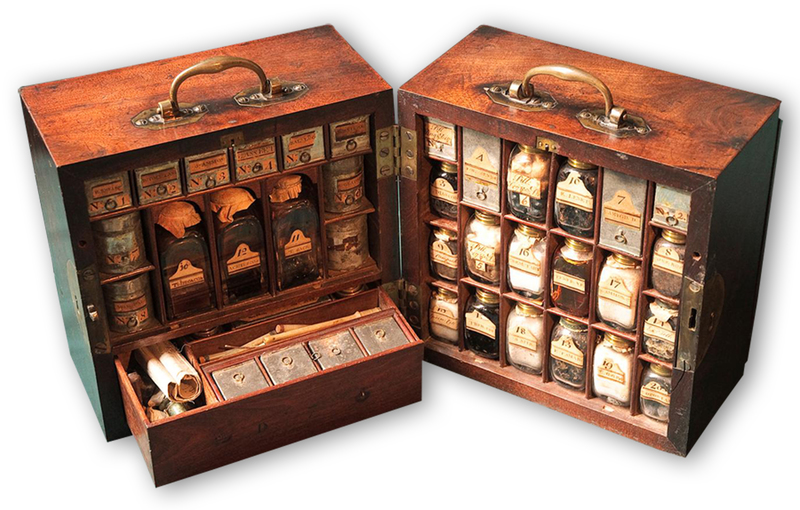 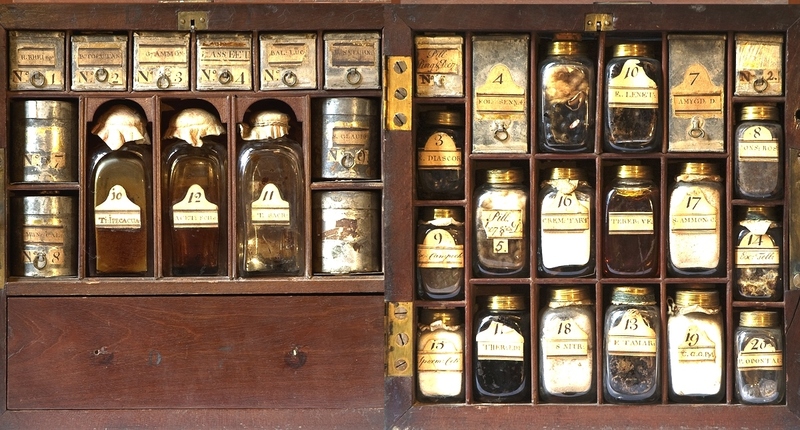 This medicine chest was used by Dr Stuart Threipland to treat patients during the 1745 Jacobite rising, including at the Battle of Culloden, led by Prince Charles Edward Stuart. It is in a good state of preservation and holds a comprehensive range of medicines available during this time.

Sir Stuart Threipland (1716-1805) studied medicine at Edinburgh and was a founder member of the Medical Society of Edinburgh in 1737, later the Royal Medical Society. He graduated in 1742 and was accepted as a Fellow of the Royal College of Physicians in 1744. Threipland and his family were loyal supporters to the Jacobite cause. Threipland and his elder brother David joined the army of Prince Charles Edward Stuart in 1745 to support his attempt to reclaim the throne. Stuart was soon appointed Physician-in Chief to the Prince. He carried the medicine chest throughout the campaign.

The provenance of the chest is well documented. Threipland gave the chest to Mr Alexander Wood (1725-1805) whose son Dr George Wood left it to Dr John Smith. He then donated it to the College.

The chest measures 25cm square but is heavy as it contains approximately 147 products, many of which are glass bottles. The chest is hinged into two halves and also contains the brass lock key. The contents are further protected by sliding wooden panels which keep the medicines in place. The left hand section contains three bottles, four metal drums and six metal boxes. Below, there is a drawer which contains two ink wells, a pen holder, miscellaneous packets, glass tubes and further sixteen metal containers. A metal box contains a list headed 'Alphabetical catalogue and index to medicines with the box' and on the second page 'Alphabetical index to the medicine chest 1766.'

The right hand section holds sixteen bottles and four metal containers. Behind these two sections, accessible by a spring release, are four additional sections, two on each side. These hold a total of sixty-one glass containers and nine metal containers. Most forms of administration are represented, including gums, ointments, balsams, pills, tinctures, spirits and powders.