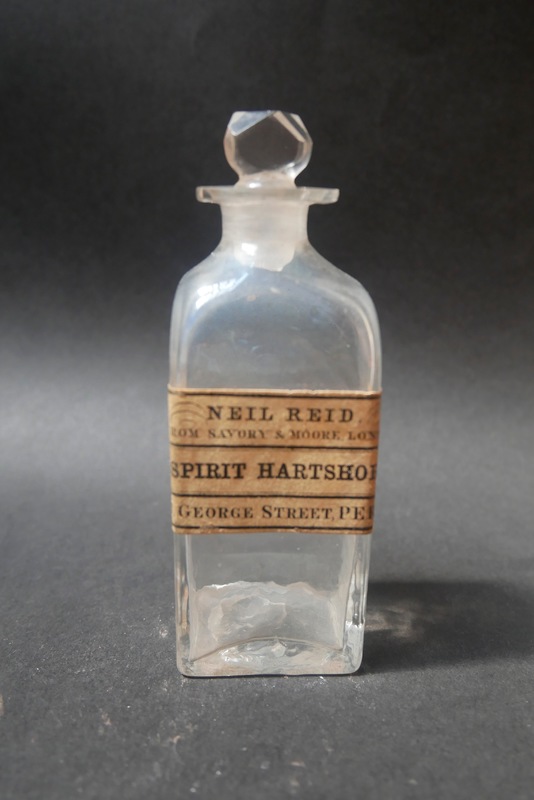 This bottle is empty.

So called because it was originally made from deer antlers, spirit [of] hartshorn was another name for liquid ammonia. It was created through the process of distillation, which many people did not have the ability to accomplish at home, necessitating purchase from a chemist. It was used in smelling salts and as an expectorant.

The label on this bottle indicates the apothecary from which it came: Neil Reid located on George Street in Perth. Two Neil Reids living in Perth are listed in the 1841 census, probably a father and son. A will dated October 1876 most likely belonging to the younger Reid, names him as a chemist and druggist and details the dissolution of his partnership with another apothecary. In the document, Reid’s death is listed as 23 May 1876. Under Reid’s name is ‘From Savory & Moore, London’, which is the name of a network of pharmacies begun in 1794, connecting Reid’s practice in Perth to London.